Opportunities In The Indian Power Sector For Foreign Players

The evolution of the Indian power sector, a core pillar of infrastructure, has been the key driver of India’s socioeconomic growth. India’s diverse power sector depends on conventional sources like coal, natural gas, and oil to hydro, nuclear energy, wind, solar, and bio-waste etc. The country is both a leader in global energy production and consumption, next only to China and the US.

In recent times, there has been a visible increase in the deployment of clean renewables and grid-connected distributed generation. Given the expanding demand due to rapid industrialization and urbanization, the Indian power sector presents huge opportunities to global investors. It is forecast that the country’s electricity demand will surge at a compound annual growth rate (CAGR) of 7% to reach 1894.70 Terawatt-hour (TWh) by FY 2022. At the same time, current annual demand outstrips supply by 7.5%, implying the need for more capacity installation.

The power sector was temporarily hit due to market disruptions caused by the Covid-19 pandemic, but is on its way to a swift recovery, led by a slew of robust measures – such as the of privatization of electricity distribution companies (discoms) in the Union Territories, the special liquidity infusion of INR 900 billion (US $12.16 billion) into distribution utilities, and the increased focus on consumer rights.

Outlook for the Indian power sector for 2022 looks promising propelled by improved investor sentiment shaped by developments like the implementation of Production Linked Incentive (PLI) Scheme for solar photovoltaic modules and gradual replacement of coal by other renewable energy sources. The Electricity Amendment Bill 2020, which will delicense power distribution and open the sector to new players, is currently under consideration by industry experts and bureaucratic bodies. A key push of the bill is obligating discoms to buy a certain percentage of electricity from renewable energy sources. Opposition to the bill raises concerns of national regulators overruling state regulators and fears of a concentration of ‘cherry-picked’ private players.

India’s electricity consumption patterns are indicative of surging demand, presenting opportunities for foreign investors. The industrial sector accounted for 42% of total energy consumption in FY 2019. The sector is projected to attract investment worth INR 9.5 trillion (US $135.37 billion) between FY 2019 to FY 2023. In the last two decades, the power sector in India has attracted foreign direct investment (FDI) worth US $15.36 billion, accelerated by the liberalized FDI policy allowing 100% on the automatic route. 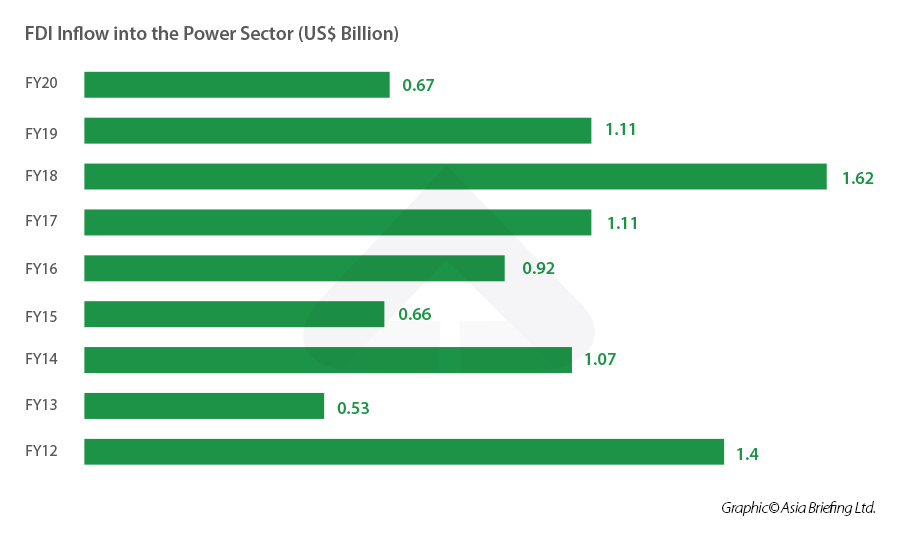 As per the federal government’s National Infrastructure Pipeline (2019-2025), energy sector projects accounted for 24% of the total expected capital expenditure of US $1.4 trillion, the highest share among all sectors. In addition, the ambitious National Monetization Pipeline (2021-2025) is also a major push in the direction, seeking investments worth INR 452 billion (US $6.12 billion) and INR 398 billion (US $5.40 billion) by monetizing assets in the power transmission and power generation sectors, respectively. The government intends to reap the benefits of foreign investment as well as associated technology transfer for modernization of the Indian power sector, while simultaneously promising mutually beneficial returns.

As of June 2021, India is the third-largest producer and second-largest consumer of electricity in the world, with an installed power capacity of 384.11 Gigawatt (GW). India generated 1506 TWh of electricity in 2020, followed by China (7790 TWh) and US (4286.6 TWh). Furthermore, as of 2020, India ranked fourth in wind power, fifth in solar power, and fourth in renewable power installed capacity. 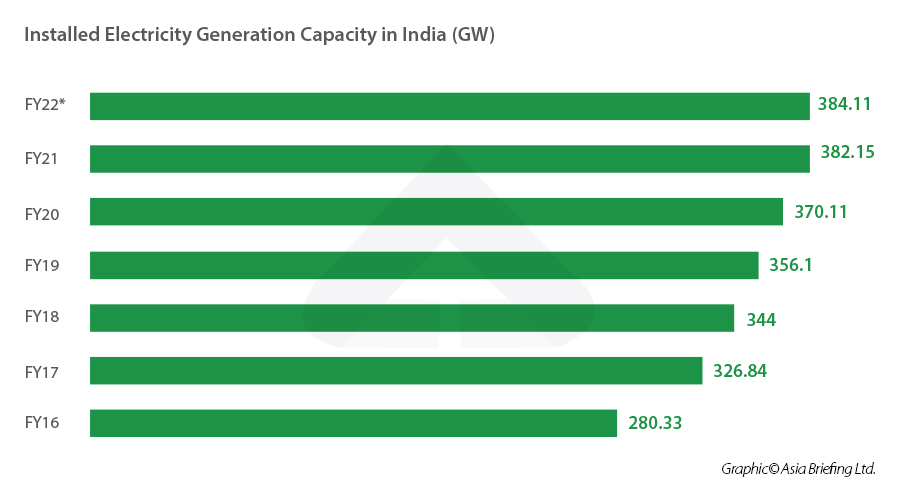 In FY 2022 (until June 2021), the total thermal installed capacity in India stood at 234.05 GW. The installed capacity of renewable, hydro, and nuclear energy totaled 96.95 GW, 46.32 GW, and 6.78 GW, respectively. By 2022, India also has a target to achieve total production of 227 GW from renewable resources, of which 114 GW will be produced from solar power. As part of the green corridor project, power lines would transmit 20 GW of power capacity from 34 solar parks across 21 states.

Sources Of Power In India 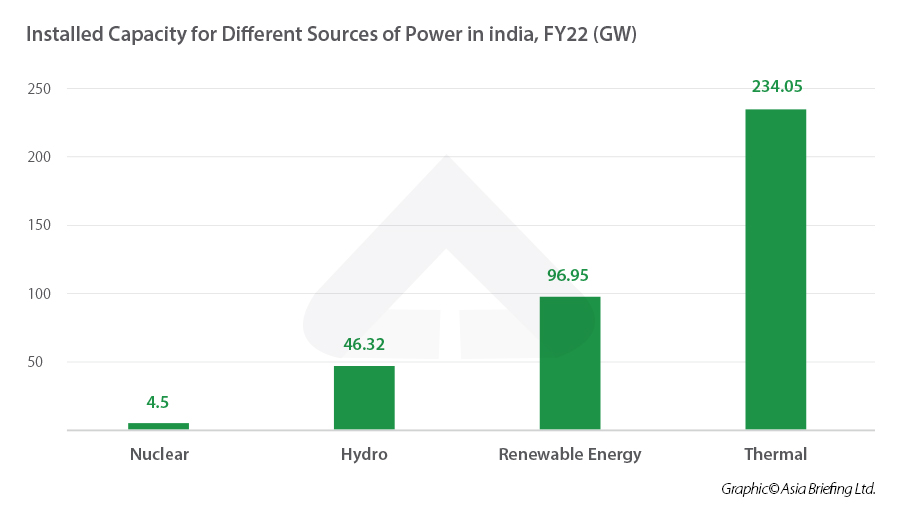 Space For Startups In The Energy Sector

Over the last few years, several technology startups have emerged in this space, providing end-to-end solutions for market providers and final consumers.

Some Prominent Examples Are:

The India power sector is mainly governed by the Electricity Act, 2003. Other policies and projects impacting the sector are:

Additionally, other policy measures like Feed-in Tariff scheme for promoting generation of electricity from renewable energy sources, Smart Meters, Direct Benefit Transfer Scheme etc., have contributed to the growth of the sector.

India’s commitment to transitioning to green energy is consistent with its recent pledge at the 26th Conference of Parties in Glasgow. India aims to achieve net zero emissions by 2070 and is swiftly shifting its policies to reduce heavy dependence on coal.

The importance of such objectives comes in the aftermath of an unprecedented power outage experienced in October 2021 due to supply shortage of coal in the thermal power plants in the states of Gujarat, Haryana, Jharkhand, Punjab, and Rajasthan. The power crises crippled some of the most energy hungry industries, highlighting the urgent need to switch to alternative non-depleting sources of power generation.

In July 2021, the federal government-owned GAIL earmarked INR 50 billion (US $675.14 million) for setting up two plants each for producing ethanol and compressed biogas (CBG) from municipal waste. Simultaneously, the Nuclear Power Corporation of India Limited (NPCIL) is also expected to construct five nuclear energy parks with a capacity of 10,000 MW.