An Introduction To The Russian/Ukrainian Referendum Regions

Controversial referendums are taking place in four disputed regions between Russia and Ukraine. We provide a regional overview and the implications should they be annexed.

Referendums have been held in four disputed regions between Ukraine and Russia:   Donetsk and the Lugansk People’s Republics and the Zaporozhye and Kherson Regions. It should be noted that these are Russian-speaking areas with a high level of traditional Russian, as opposed to Ukrainian culture. Conflicts have wracked these areas since 2014, with Kiev having lost control over much of them and installing anti-Russian measures, including a ban of the use of Russian language, books and music in the areas it retained influence. The Ukrainian President, Volodymyr  Zelensky, had also advised ethnic Russians living in these regions to migrate to Russia and leave Ukraine.  In essence, Zelensky wants to retain the land, but get rid of the inhabitants. The conflict is in large part Russia protecting the ethnic Russians in these areas. The territories in question amount to about 90,000sq km (34,750sq miles) of territory, or about 15% of Ukraine’s total area – roughly the size of Hungary or Portugal. Crimea, also ethnically Russian, was annexed in 2014 following a similar referendum and complaints of Ukrainian abuse towards the region’s inhabitants. It is worth recalling that despite the referendum being classified as ‘’illegal”, local inhabitants failed to protest when Russia occupied Crimea, while there were no casualties. That tells its own story. Sadly, the situation in the other regions has not been so peaceful with conflict ongoing since early 2014. Russia’s current special military operation in Ukraine is designed to stop this and install security. The West takes the view it is an invasion. We provide an introduction to these areas as follows: 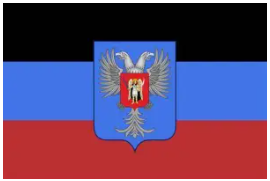 The Donetsk Republic declared independence from Ukraine in May 2014, although only a small number of countries, including Russia, recognized this. Ukraine and the West have never accepted this status. The region is industrial and known for its coal mining industry, hence the black band in the Republic flag. About 4 million people live in the region. Donetsk was a signatory to the Minsk agreements in September 2014, under which the region was to be returned to Ukraine following the provision of more autonomy. However Kiev did not follow through with this and the negotiations broke down leading directly to the conflict today.

The city of Hrabove is in the Donestsk Republic, about 40 km from the de facto border with Ukraine, and is where the Air Malaysia aircraft M17 was shot down in July 2014 due to the conflict breaking out. The capital city is also known as Donetsk. At the start of the conflict, the city quickly fell to Russian control and the Ukrainian regional government subsequently relocated to Mariupol. That too fell to Russian forces with the Ukrainian government, still claiming to be the legitimate administration, moving again to Kramatorsk. 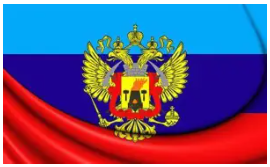 The Luhansk region also declared independence from Ukraine in May 2014, following harassment against ethnic Russians and sporadic violence against citizens in the preceding years. That independence was also recognized by Russia. Luhansk has a population of just over 2 million, with the capital city also known as Luhansk. The region is known for its metallurgy, machinery and agricultural industries.

Like Donetsk, Luhansk was a signatory to the Minsk agreements in September 2014, under which the region was to be returned to Ukraine following the provision of more autonomy. However, Kiev did not follow through with this and the negotiations also broke down. The Ukrainian government left Luhansk city as the seat of government in July 2014 and relocated to Sievierodonetsk, however they lost control of the city in June 2022 and have yet to be reestablished elsewhere.

Collectively, the Donetsk and Luhansk regions are known as the Donbass. 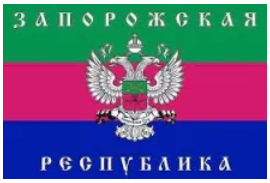 Zaporozhye is an industrial and agricultural region possessing multiple power stations including the Zaporizhzhia Nuclear Power Plant (the largest nuclear power station in Europe), the Zaporizhzhia thermal power station and the Dnieper Hydroelectric Station. It is an important industrial center. Steel, aluminum, aircraft engines, automobiles, transformers for substations, and other heavy industrial goods are produced in the region, which has a population of 1.6 million. Most of the region is now under Russian occupation, however the capital city and most of the southern coastal areas remain under Ukrainian administration. Given that the Ukrainian military have their backs to the Black Sea it can expected that the entire region is likely to fall to Russian control in the near future. Kherson is an agricultural region known for its seasonal fruit. It also contains the important Kherson Port city on the Black Sea and the Dnieper River, Kherson city is the home of a major ship-building industry and is a regional economic center. The regional population is about 1.1 million while the capital has a population of about 450,000. The area is immediately north of Crimea.

Fighting continues but again the Ukrainian military have their backs to the Black Sea. The Ukrainian Navy was subject to mass defections in favor of Russia in 2014 and lost nearly all its senior officers. The Naval flagship frigate ”Hetman Sahaidachny” was scuttled in the port of Mykolaiv in March 2022 to prevent its capture by Russian forces and several other naval vessels have been lost during the conflict. This means that the continuing resistance of Ukrainian forces in both the coastal areas of Zaporozhye and Kherson is unlikely to be sustainable as there is no functional Ukrainian naval support.

The current referendum is designed, as it is for all the other regions, to affirm that the inhabitants of these regions wish to be part of Russia and administered by Moscow rather than Kiev. They will then fall under direct Russian rule and be considered part of the Russian Federation. Moscow has indicated that if any of these regions are be attacked in the event of a pro-Russian vote, then this will be considered an attack on Russian sovereign territory.

Both Ukraine and the West have condemned the referendums and the probable annexations of these regions, which is likely to be concluded this Friday (September 30).

The Western response has been to call the referendums ‘sham’ – yet tellingly have refused to send official monitors. The European Union has threatened individuals that took part in monitoring overviews with sanctions.  Some have subsequently been dismissed from their employment back home, including the German Head of a Chemical company. Of those that have been invited to provide an overview, the procedures have been reported as being correctly held although European individuals participating have subsequently been dismissed from their jobs back home. 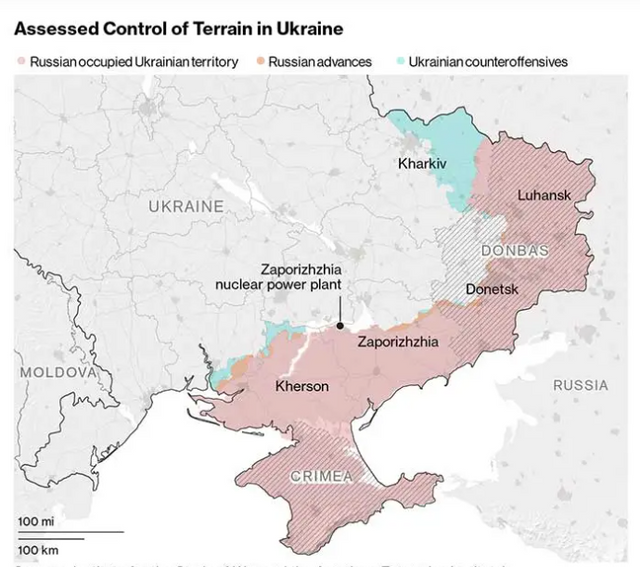 The reality is that this is essentially a fait accompli, with Russia in control of these areas despite the West’s non-recognition of this as a reality and their denials. The decision then needs to be taken by the West to either prolong fighting and seek to continue the conflict, or for Ukraine to be persuaded to concede. If the West continues to support the conflict in Ukraine, and supply weapons to attack these regions, the Russian response can be expected to be upgraded and involve heavier duty artillery.

Moscow is hoping that the referendums will achieve a peace and the 300,000 reservists who have been called up will be deployed as a peace-keeping force on the borders of these regions and Ukraine. In many ways, the ball is now in the West’s court as concerns decisions concerning the continuation of the on-going conflict, or to sue for peace and swallow the reality when Russia has apparently secured its objectives.

Russia has announced the referendum results for these regions in joining Russia. They are as follows:

The next steps are as follows:

This process is likely to take about a month.