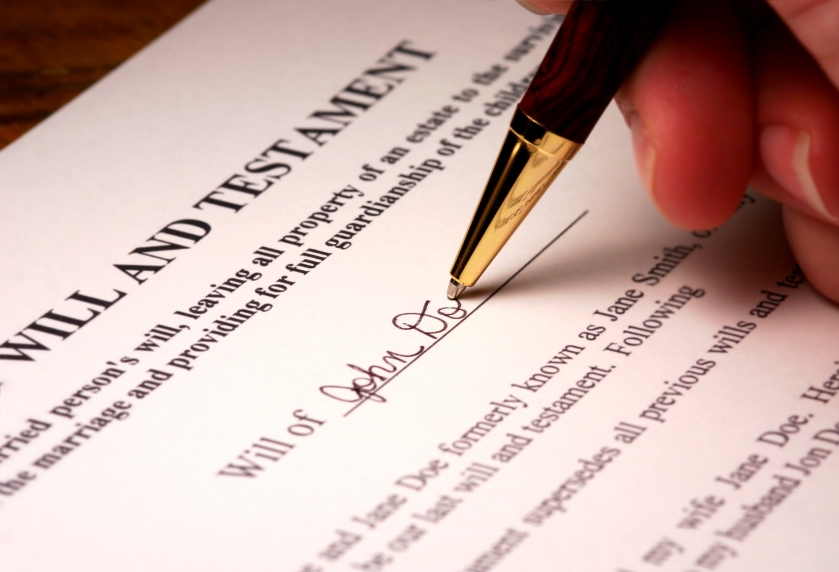 When Signing A Will, Don't Be A Videographer, Warns LeClairRyan Attorney

Recording your last testament can lead to lasting trouble, says Will Sleeth

Executing a will is one of the most important steps a person can take, and it's natural to consider videotaping or otherwise recording it, notes Will Sleeth, a partner in national law firm LeClairRyan's Williamsburg office who also leads the firm's Estate and Trust Litigation team. But for the most part, it's a bad idea.

"People are sometimes worried about providing 'tangible proof' that the person executing the will was, at the time, not suffering from a lack of testamentary capacity—or the adequate mental ability to understand his family, his property, the fact that he's making a will, and how the will disposes of his property," notes Sleeth in a recent posting, Why You Should Avoid Filming a Will Signing that appears on the team's Estate Conflicts blog.

"Concern over possible legal challenges spurs some estate planning attorneys to recommend videotaping a will signing as a way to create evidence that can be played at a trial to a judge or jury to demonstrate that the testator had testamentary capacity at the time of the will signing," he explains. "But there are several problems with this approach."
One issue is that the recording enables the opposition to examine every detail of the testator's behaviour and, unlike a Hollywood production; you can't re-shoot the scene to make it perfect.

"The testator's appearance, speech and performance on the videotape must be practically flawless," Sleeth details. "Any little deviation, like a stutter, hesitation, confusion of a name, or failure to recollect certain facts will likely be used by the challenging attorney as proof that the testator lacked testamentary capacity at the time of execution. But in normal conversations, we all occasionally slip up with a stutter, failure to recall certain facts, or other anomalies."

In contrast, if a will signing is not filmed, any challengers will be forced to rely on the testimony of the people present at or near the signing. "Those witnesses will likely almost always testify that the testator had adequate capacity, either because they were official 'legal' witnesses to the will—and therefore had to ensure that he or she had capacity—or because they would not have permitted the will signing to go forward absent their belief that the testator had testamentary capacity," he explains. "So, filming the will signing only creates a trail of unhelpful evidence that would otherwise most likely be unavailable to a will challenger."

Also, without filmed evidence or evidence from witnesses, a challenger will be forced to fall back on evidence contained in medical records, and/or the testimony of any witnesses who observed the testator before or after the will signing.

"However, many states provide, as Virginia does, that greater weight should be afforded to the testimony of witnesses present at the will signing, as opposed to the testimony of witnesses not present at the signing," notes Sleeth, referring to cases like Fields v. Fields, 255 Va. 546, 550 (1998). "While there may be legitimate reasons to film a will signing, you must be sure that the testator is extremely healthy, mentally competent, and will almost unquestionably perform near-flawlessly on camera. Even then, a 'will challenger' could still possibly argue that the testator was unduly influenced into signing the will."