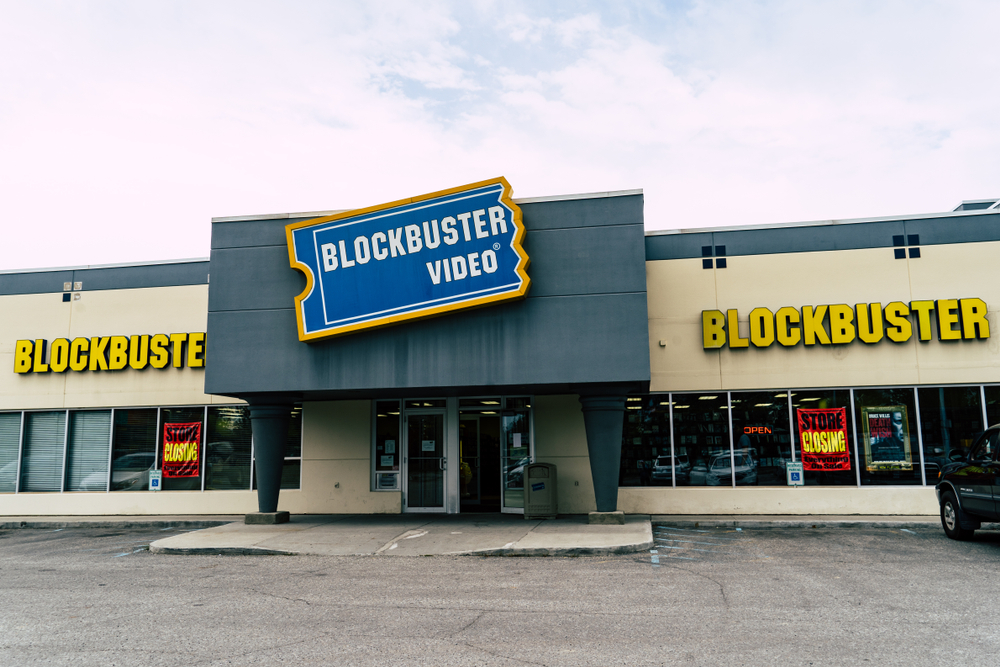 At the height of its popularity, 'Blockbuster' was synonymous with audiovisual entertainment. If you wanted to rent the latest VHS or DVD release; your local Blockbuster is where you'd head. It even offered up the latest video game releases, letting you rent that hotly anticipated holiday title for an epic, weekend gaming marathon. Selling snacks and fizzy drinks, Blockbuster was your one-stop shop for the greatest night in.

But that all changed in 2013 when Blockbuster shuttered most of its stores. In the UK, all 91 of the remaining Blockbuster stores were closed down, meaning that 803 people would lose their jobs. The company's stock was sold off until the middle of December that year, with price-savvy shoppers getting a 90% discount.

In the United States, the entertainment retailer fared only marginally better. A handful of Blockbuster stores remained open right up until earlier in 2018 when two Blockbuster stores in Alaska shut down leaving just one Blockbuster in the entire US. While some may have been surprised to see the brand hold on for so long, others will be shocked that the company could crumble as it did.

Most critics will chalk the failure of Blockbuster down to the rise of the internet. As it has become easier to stream and rent movies and TV shows online, there became little need to get up off your couch, leave your house and visit Blockbuster when you felt like watching a new flick. But this is only half-true. According to Betway's report about bad business decisions, Blockbuster's problem stemmed back to a bungled deal with movie-and-TV-streaming giant Netflix. The report explains that in the early 2000s, Netflix offered their hand in partnership to Blockbuster for $50 million to get its DVD-by-mail service off the ground; a deal which Blockbuster refused. This DVD-by-mail service is what helped Netflix to grow into the company it is today (valued at around $152 billion) and it's seen as a massive missed opportunity by Blockbuster.

It's unclear what would have become of the two companies had they been able to strike a deal. Since, Netflix has become known for its original TV shows and movies, offering the likes of Glow, Queer Eye, and Stranger Things alongside existing properties such as AMC's critically acclaimed drama, Mad Men. Blockbuster, meanwhile, has gone the way of the dodo. But could things have been different? Thanks to that business decision, we'll never know.