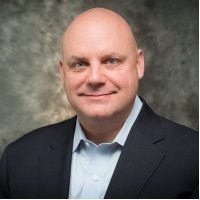 Velocitel, a wireless network services company, has just announced the appointment of Kevin G. Hostetler as new CEO. Hostetler has a background in working with private equity firms and has held leadership roles at highly engineered product companies IDEX and Ingersoll-Rand. His skills have led to improved strategic development, double digit growth and award winning product developments for past employers.

James Estes, who was the CEO and is now the Chairman of the Board, made the announcement internally on Friday, November 21.

"Velocitel is experiencing a rapid state of growth. Kevin will lead multiple strategic initiatives including growing the company organically and through acquisition, as well as improving our own infrastructure, processes and quality controls," says Estes.

"Velocitel is very well positioned within the market to service our country's existing wireless infrastructure as well as help it grow and evolve through the adoption and installation of new technologies. It is a great company to be a part of at this exciting time in telecommunications," says Kevin G. Hostetler.

Kevin holds a BS in Corporate Finance from King's College and an Executive MBA, International Business Management from Stern School of Business at New York University.

About Velocitel: Velocitel is a $200M wireless network services company delivering a complete suite of professional services to acquire, design, engineer, implement, upgrade and maintain wireless sites. The company has designed, constructed and deployed over 50,000 wireless sites since its founding in 1987. Velocitel has 600 employees nationwide. The company is an industry leader in safety with extensive training systems in place, and a member of the NATE (National Association of Tower Erectors) Safety Committee. The company has acquired several other complimentary companies including Doty Moore Tower Services. Velocitel is headquartered in Northbrook, Illinois with offices in Georgia, Minnesota, New York, North Carolina, Oregon, Pennsylvania, Texas and Virginia.