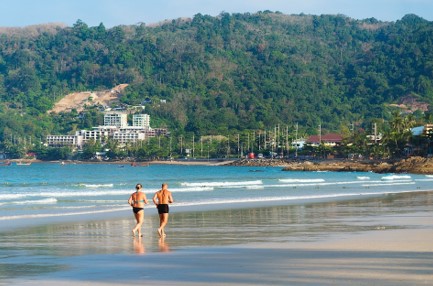 The past year has seen many expected global events that have influenced investment trends in commercial property, from the UK Brexit vote and its aftermath to Donald Trump's election victory in late 2016. Looking beyond the headlines, however, there are three main trends that are expected to influence the global property markets: outsourcing, aging populations, and the surging Asian middle class. Each of these trends is expected to last several years at least, and will have a major impact on the real estate market.

Outsourcing - Offices are Shrinking and Moving Back to the City

The trend for companies relocating to office parks outside major cities seems to be reversing, especially in London. An increasing number of businesses - especially tech companies and startups - are moving back to the city in the hope of attracting talented workers who live centrally. However, as companies move back to the city, the number of employees they are employing in their head offices is shrinking due to outsourcing to other cities and countries. The result for the real estate sector is an uptick in demand for smaller, premium office suites and conference facilities - and a slow-down in large office park units and similar properties.

According to the latest statistics, an estimated 222 million retirees will live in developed countries by 2030. This demographic shift is sure to have an effect on the real estate sector, as retirees sell their city dwellings and head for popular resort towns both locally and abroad while others remain in the city and demand health care services, assisted living, and leisure facilities on a scale not seen before.

More than two thirds of the world's middle class will live in Asia by 2030, with the majority of these well-off citizens choosing to reside in megacities. Hong Kong, Tokyo and Bangkok are three of the most dynamic cities in terms of real estate sales this year, with urban density and healthy growth in East Asia driving prices higher and Thailand's capital city experiencing a construction boom that will see thousands of new units on the market in 2017 and beyond.

Many Asian investors have taken advantage of favorable exchange rates since the Brexit announcement to invest in London real estate, with 60% of sales now going to foreign investors who are displaying confidence in the city's future.

As London experiences sustained interest from property investors, building owners are under pressure to ensure that their properties are kept in top condition and comply fully with government safety requirements.

Latent defect insurance provides comprehensive cover against structural defects including foundations, load-bearing beams, roofing, waterproofing, and all structural elements that need to be covered to comply with building safety regulations.

With the global economy continuing its development and new centers of wealth emerging in Asia, the outlook for the global property market looks bright. Despite short-term policy uncertainty in the Brexit-Trump era, the property sector looks set to enjoy a robust performance in the coming years.