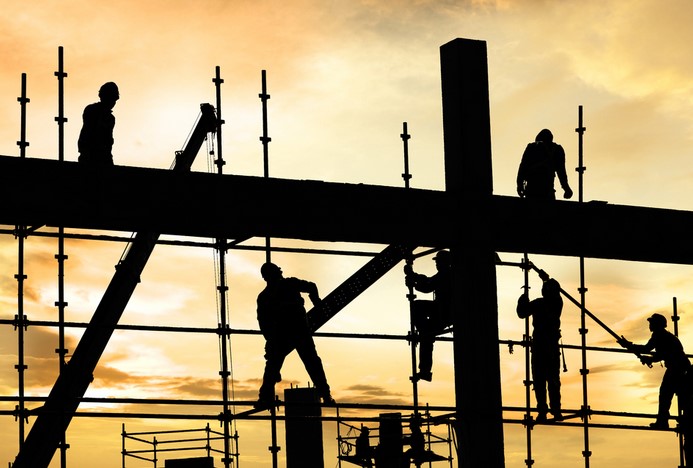 Three construction projects that prove business is booming in Scotland

Scotland has a rich heritage of engineering excellence — from Stevenson lighthouses built to withstand wild North Sea conditions to Clyde-built ships that set sail across the world.

But there are several recent engineering projects that are international collaborations yet retain a distinctly innovative Scottish edge.

So here are three construction projects that prove business is booming in Scotland.
The Queensferry Crossing

The Queensferry Crossing is a beautiful cable-stayed bridge that carries the M90 motorway between Fife and Edinburgh.

It was built as a replacement crossing for the existing Forth Road Bridge, which will now be used exclusively for public transport.

And both bridges stand alongside the Forth Bridge — the iconic cantilever structure which has carried trains across the route for well over 100 years.

The new bridge was constructed by an international consortium — but the publicly-funded project was delivered by the Scottish Government at £245 million under budget.

The trio of bridges now stand as a lasting testament to engineering excellence and ensure that vital communication links keep business moving across central Scotland.

Edinburgh Trams
Edinburgh’s previous tram system operated from 1871 until 1956 and it carried generations of commuters across town.

And enthusiasts familiar with wire engineering products can still point out a few surviving tram rosettes used to suspend catenary wires on buildings in the city centre.

The new generation of Edinburgh Trams began operating in 2014 and, despite the project running into budgeting problems and construction delays, it’s expected to bring long-term economic benefits to the capital.
The route snakes across the city centre and also allows commuters to travel to and from the airport with zero carbon emissions — contributing to Scotland’s push towards a greener economy.

So trams are set to become a crucial part of Edinburgh’s transport infrastructure despite some teething problems.

Japanese architect Kengo Kuma’s design includes double curvature walls that look like a cross between a cliff-edge and the bow of an icebreaker ship.

The interior of the building is set to be just as spectacular as the exterior and the project has sparked significant regeneration investment in the surrounding waterfront area.

So this museum is already providing a much-needed cash-injection to Dundee before its doors have even opened.

Scotland may no longer be the global industrial powerhouse it once was — but these dynamic construction projects prove that the future looks bright and business is booming.

What’s your favourite Scottish engineering project? Share your insights in the comments section.