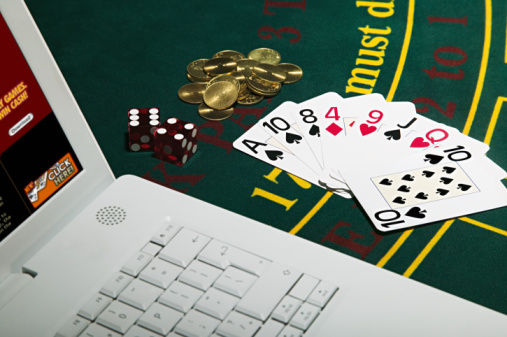 The Rise Of The Social Online Casino

If recent reports are to be believed, the world of online gaming will surpass $100billion by 2017. And by loading up an online casino and seeing the thousands upon thousands of players playing, you’d be beginning to think experts may be under-estimating slightly.

Taking a look at the top five sites in poker alone, traffic at the time of writing has players in the hundreds of thousands, and that’s excluding the likes of Royal Vegas Casino and other casinos which specialise in more slot-based products.
The rise of online gaming has been phenomenal over the last decade, Chris Moneymaker kick-started that in 2003 by becoming the first online poker player to win the World Series of Poker, whilst technology has continued that, and social gaming has taken it to a whole new level.

Today the social casino market has never been more popular. Last year the revenue for social casino gaming stood at $2.9billion and is expected by the end of next year to have reached the $4.4billion mark.

Games such as DoubleDown Casino and Slotomania have become major players, using Facebook as a platform to encourage users to play, and it’s clearly working.

This is partly down to how technology has changed over the years. The introduction of the smartphone in around 2007 to the mass market has changed the way we interact with each other, making it easy to connect with millions of people via Facebook and Twitter, and that transcends across to gaming.

It’s become a huge business in the likes of the USA, Europe, and Australia. And with gambling seeing a steady rise in recent times Down Under, you’d bet your last dingo more brands will join the party.

We’re sure to expect bigger brands who focus their attentions outside of social to take that step with the likes of online pokies from Royal Vegas Casino already hugely popular with players on the widely known platform, so it seems going social is simply just the next step.

Social gaming will continue to rise for as long as social media is thriving. And with Twitter, Facebook, and the likes of Pinterest and Tumblr rising in members still, it doesn’t look like it will be slowing down.

In fact, should the bigger brands make their way into the market, it would certainly change what some are calling a ‘fad’ into something a whole lot bigger and a mainstay for many years to come.