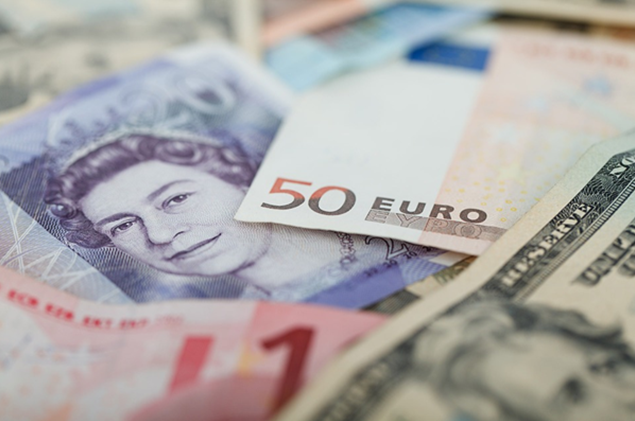 The Pound And The Euro: How Political Unrest Is Affecting Currency Value

It’s is widely known within the foreign exchange markets that the smallest change in political or economic stability can have a substantial effect on any one currency’s value. The UK, in the past few years, has seen an incredible level of political unrest, through the European Referendum, Theresa May’s supposed failings as Prime Minister, and all of the weeks leading up to the election of Boris Johnson. This unrest has seen volatility of GBP that is almost unprecedented as traders, businesses and everyday citizens remain uncertain as to what the future of the UK might hold.

With talk of GBP’s worth falling yet again in the past few days, understanding how political events have affected the Pound could help us to predict how it is likely to be affected in the future.

The European Central Bank Policy
Over the past week, the Euro has been on a defensive trend as the European Central Bank is in the midst of discussing potential policy changes that adhere to the global easing trend. The policy meeting took place on Thursday, but the unrest seen in the currency in the days leading up to this meeting have shown us just how drastically even speculation can affect how the Pound and Euro perform. The European Central Bank is a leading force in the financial markets in Europe and even a change in tone during a speech can leave traders and investors restless. While regulatory agencies do act to ensure this volatility can’t be used to harm traders, the insecurity and can often lead to reduced trading activity, and therefore lower worth.

On the 24th, the Euro plummeted to the lowest point it has seen in two months as a defensive measure. The markets appeared to predict that the ECB would reduce interest rates in order to pave the way for easing later in the year, with potential cuts of up to 10 basis points, and by the time the meeting had ended, it became clear that speculation was correct. ECB President Mario Draghi announced that predictions were in line with the results, in that stimulative rate cuts would take place in the future. However, it was the proposed delay to this action that had the biggest effect, plummeting the Euro’s price further to reach lows unseen for the past two years.
The Euro wasn’t the only currency to drop – the exchange rate between GBP and the Euro was also drastically affected by the news and was listed as being unlikely to recover over the following 24 hours. This was due to the current political climate in the UK, including the new election, Parliament’s summer recess and the general barren data calendar.

The Election Of Boris Johnson
The election of Boris Johnson has sent the UK into upheaval for a number of reasons and the financial markets have certainly seen the effects. In fact, it was predicted that the GBP losses could be as drastic as declines seen during threats of a no-deal Brexit. Despite small gains when it was first suggested that Johnson could become the next PM, the fear associated with potential Brexit outcomes has overshadowed any promise the markets may have seen in him.

The most prominent concern at the moment appears to be the EU’s immediately negative response to Boris Johnson’s proposed Brexit deal.  Michel Barnier, EU official and chief Brexit negotiator, has previously stated that removing the Irish backstop would be unacceptable and with Johnson’s proposed policies focusing prominently on doing precisely that, the UK appears to be reaching yet another stalemate.
Brussel’s criticism of Johnson’s attempt at a new deal has seen GBP dip after the European Commission released a statement saying:

“President Juncker listened to what Prime Minister Johnson has to say, reiterating the EU’s position that the withdrawal agreement is the best and only agreement possible – in line with the European Council guidelines.”
This statement and the increasing potential for a no-deal Brexit has left the UK feeling somewhat uneasy about the potential future of the country and as a result, markets have been struggling somewhat. The uncertainty is leading to trends that are difficult to predict, with potential talks of a UK rate cut only making matters worse.

It’s no secret that the Euro and the Pound are being highly influenced by the current political climate, with Brexit completely changing how the EU and UK are interacting with one another. With numerous elections, uncertainty relating to the future of continent-wide relationships and the threat of another general election on the horizon, predicting the future of either currency is proving challenging. Whether Johnson’s push for a negotiation comes to fruition or the UK finds themselves shot down yet again, it’s going to be an interesting development to watch.