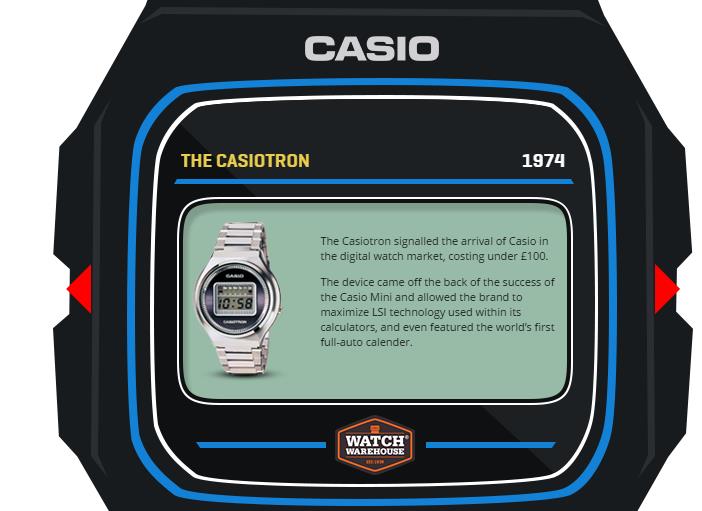 The innovation of the Casio Brand and its Constant Evolution

If there is one brand synonymous with the watch industry, it is Casio. Even a brief glimpse at the history of Casio watches is essentially a nod to innovation, and the unique role that the brand has played in defining the course of an entire industry. This is a trend that shows no sign of abating, as Casino continues to evolve at an incredible rate while also remaining closely in touch with its heritage as a reliable and premium watch maker.

The Rise of the Casio Brand and its Future

Casio released its first watch in 1974, launching its now iconic and enduring popular G-Shock range of watches nine years later. It continued along a path of gradual evolution until recent times, at which point the brand began to take a more aggressive approach towards innovation. In 2012 it opened its first concept store in London, for example, occupying two floors in the capital’s stylish Covent Garden region and offering a unique insight into the brand, its technology and place in modern society.

Despite this, the evolution of the Casio brand is about to become even more exciting. This is because the brand is set to enter the burgeoning smartwatch market, which is currently dominated by brand such as Apple, Sony and Microsoft and generates millions of pounds each year. Casio is the first traditional watchmaker to enter this marketplace, however, as it banks on its unique expertise and reputation to supersede its more technologically evolved rivals.

The Start of a Bright new Dawn for Casio

This represents huge ambition from the Casio brand, despite the obvious value and the unique proposition that it brings to a deceptively crowded marketplace. The brand has also claimed that it intends to generate an estimated £10 billion pounds in smartwatch sales, as it promotes the market’s first watch that prioritizes classic functionality over the mere integration of smart technology.

This may represent the single biggest phase in Casio’s evolution to date, while it will certainly add a new and exciting dimension to the brand. Such a move certainly underlines Casio’s renewed desire to expand aggressively in the modern age, while also transcending the traditional market and reaching out to a new demographic of customers. It may also be the beginning of a new adventure for the brand, as it joins the ranks of some of the world’s most ambitious technology firms.