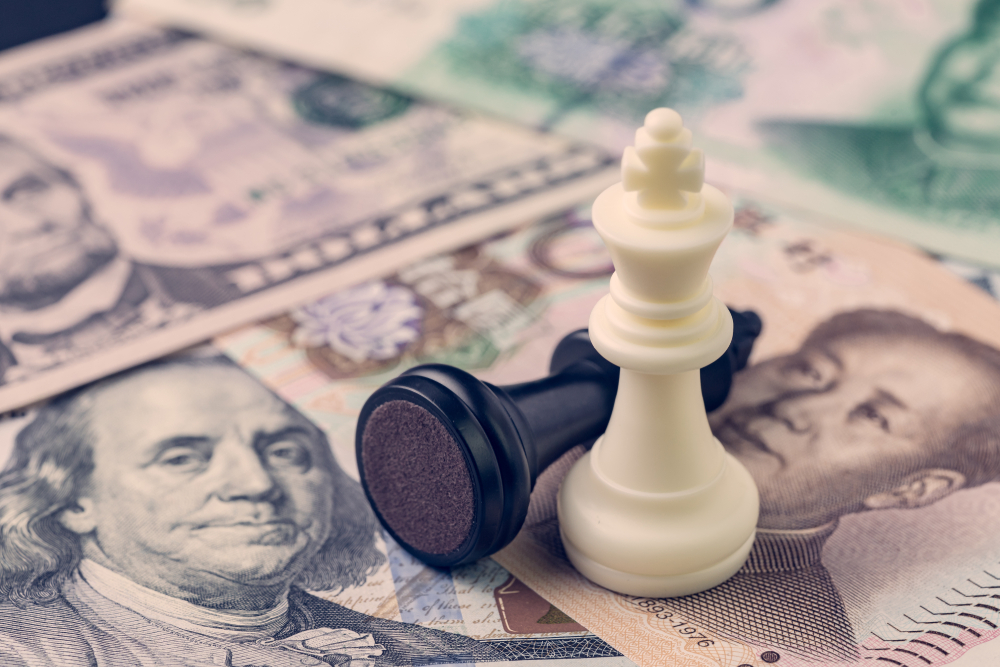 The Impact of the Trade War on Interest Rates

Trade representatives from the U.S. and China recently announced the successful negotiation of a so-called “phase one” of a trade deal between the nations, potentially bringing the nearly two-year dispute to its conclusion. President Trump and China’s chief trade negotiator are expected to sign the deal in Washington on January 15th.

While exact terms of the deal remain murky, the detente is likely good news for the world economy. The trade war between the two global economic heavyweights has stifled growth in both nations. The tit for tat series of escalating, reciprocal tariffs between the U.S. and China has roiled financial markets for the past two years, as the two undergo a complicated and painful decoupling. As the two main engines of the global economy, the effects of the bilateral trade war have leached into international markets over the past 18 months.

As financial expert Geoffrey Hammond states, if the trade war coming to an end represents an unequivocal bit of bright news for a global economy roiled by uncertainty, September’s alarming blip in the U.S. “repo” market is likely to emerge as the principal source of economic concern in the new year.

The repo market: An overview

The repo market refers to the short-term overnight loans that banks and other financial institutions rely on to finance day-to-day operations and large one-off payments they otherwise lack the liquidity to meet. While the interest rate in the repo market largely hews closely to the Federal Reserve’s benchmark interest rate, a sudden spike in mid-September evoked fearful memories of the financial crisis in 2008, when the collapse of the repo market acted as the final straw that broke the global economy’s back.

After raising its benchmark interest rate four times in 2018 — for a total of nine increases since 2015 — the Federal Reserve slashed rates by 25 basis points three times in 2019, to its current range of 1.5 percent to 1.75 percent. These rate cuts, along with direct injection of capital into financial system reminiscent of the Fed’s years-long quantitative easing program that came to an end in 2014, helped stabilize the repo market in September.

While the Fed’s aggressive, if narrowly targeted, actions staved off a crisis in the short-term, they likewise illustrate two systemic risks to the U.S., and therefore the global, economy.

Economic orthodoxy suggests interest rates should increase when the economy is strong, to provide a cushion for future rate cuts when the economy softens. This is because rate cuts lower the cost of borrowing for financial institutions, injecting liquidity into markets and stimulating economic growth and employment. Conversely, interest rate hikes raise the cost of borrowing, cooling-off overheated economies and reducing inflationary pressures.

Despite the underlying strength of the U.S. economy --  full unemployment, strong equity markets, low inflation -- interest rates never return to levels even approaching their pre-crisis position of over 5 percent. In the absence of the trade war, which generally depressed growth and fostered economic uncertainty, it’s likely 2018’s interest rate hikes would have continued well into 2019, providing greater cushion for rate maneuvering going forward. Regardless of how things might have gone, it seems persistently low interest rates may be the new normal, potentially robbing the Fed of its principal tool in massaging the economy in whatever direction is needed.

The relationship between interest rates and exchange rates

In addition to stimulating the economy by facilitating borrowing and investment, low-interest rates serve another purpose -- one that dovetails neatly with President Trump’s rhetoric on the economy and trade.

As a candidate for president, Trump emphasized revitalizing the U.S. manufacturing sector and eliminating the chronic trade deficit between the U.S. and China. Low-interest rates essentially mean the availability of “cheap money” and weaken the dollar relative to foreign currencies. A weakened dollar gives U.S. exporters an advantage over international rivals whose products are denominated in foreign currencies.

Provided imports remain steady as demand for U.S. exports increases due to the weaker dollar, the trade deficit should narrow. While this applies to the U.S. trade deficit, China -- which maintains by far the largest trade surplus with the U.S. -- is the target of this economic strategy.

The downside of low interest rates

While lowering interest rates benefits some U.S. economy sectors -- namely exporters -- and fosters growth, the strategy does carry downsides. Low interest rates and a consequently weaker dollar decrease the return on dollar denominated assets. This, in turn, can lead to foreign investors drawing down their dollar reserves held by the Federal Reserve. This is precisely what happened in September 2019.

Straining under significant liquidity stresses this year, the repo market was hit by a widespread retreat of foreign investors chasing higher returns outside dollar-denominated investments. As foreign investors drew down their reserves held by the Fed, the supply of available dollars in the repo market contracted. Facing a sudden shortage, rates in the repo marketed skyrocketed by 500 percent overnight on September 17th. In this way, low interest rates engender the conditions that created the sort of systemic risk that brought the global economy to its knees in 2008.

Looking ahead: Lack of resilience in the repo market threatens the global economy

The ultimate cause of the financial crisis of 2008 was the collapse of the U.S. housing bubble, which triggered a total breakdown in the market for mortgage-backed securities and derivatives that had escalated in the preceding years. However, the proximate cause -- the match that lit the fire that nearly burned down the whole global economy -- was the liquidity shock in the U.S. repo market.

The collapse in housing prices left U.S. financial institutions burdened with billions of dollars of suddenly defaulting mortgage-backed investments. Lacking adequate financial reserves to meet their obligations, and realizing that their peers were all overexposed to the U.S. housing market as well, the repo market seized-up essentially overnight. The global economy collapsed with it in the worst recession since the Great Depression.

On September 17th interest rates on short-term loans spiked to over 10 percent, more than five times the Fed’s benchmark rate. The Fed responded by lowering rates the next day and increasing their balance sheet by hundreds of billions of dollars to provide additional liquidity.

Several factors played a role in this sudden market shock. Anticipating the rapidly approaching end of fiscal year 2019 on September 30th — and tax bills coming due — banks were hoarding their cash reserves, removing liquidity from the market as a whole. Simultaneously, demand for short-term loans from corporations trying to meet their own tax bills increased.

Usually the market is able to handle this short-term pressure without a crisis of the sort witnessed in September. However, an exogenous shock — a shortage of available dollars in overseas markets as foreign investors drew down their dollar holdings — combined with this routine seasonal strain on the repo market to drastically and suddenly deplete liquidity.

That no dramatic one-off cause or unexpectedly weak economic news drove September’s shock is not a cause for relief, however. Indeed, it highlights the repo market’s vulnerability to routine market movements, which, when considered with current, persistently low interest rates, indicates the repo market remains as much of a systemic risk to the global economy as it was in 2007, pre-financial crisis.