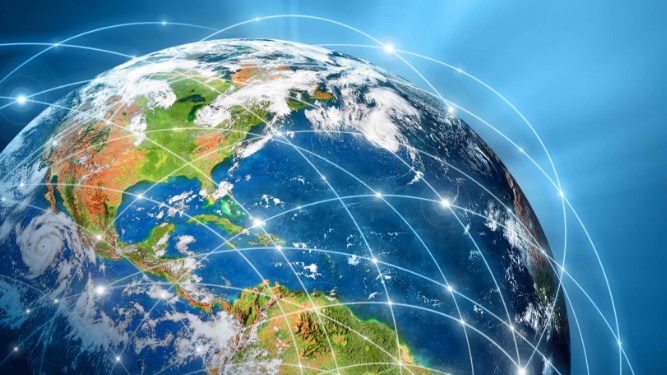 The Complexities of an International Payroll

You’re not in Kansas anymore. That is one of your first realizations the moment you expand your business internationally. No two countries are the same. If you have only ever spent time in your home country, you are in for a bit of culture shock when you hang your shingle elsewhere.

One of those differences is Infrastructure. If you are used to ubiquitous, blazing fast, latest and greatest G internet availability for pennies on the dollar, you might be in for a rude awakening depending on where you do business.
Many parts of Europe are not equipped with high-speed LTE towers on every block. You will have to make do with something much slower. Be prepared to go even more retro in parts of Asia and India. If you rely on the kind of internet speed and liberal data caps you get on US carriers, you might have a bit of retooling to do.

Another major challenge is payroll. Anytime international currency is involved, complexity abounds. Fluctuating exchange rates are just the tip. Here is even more of the iceberg to consider:

Without even adding the international component, payroll is hard. Every medium to large sized company needs help managing it. If payroll were the only issue to be managed, it would be difficult enough. But there are other ancillary issues to tackle.

Those associated issues are why HCM software exists. It combines payroll software with the whole human capital stack. This includes:

Assessing the productivity of a team in a single worksite is difficult enough. Adding multiple locations and mobile workers increase the challenge exponentially. Take it across international lines, and the challenge has increased logarithmically.

Everyone agrees that an honest day’s work deserves and honest day’s pay. The problem is definition. And it is more than semantic. Just what is a day’s work worth? Everyone has a slightly different idea of what a workday should be. So instead, we measure wages by the hour.

The way most regions quantify this is by defining the least a company can pay a worker. This is known as a minimum wage. Business Insider posted a chart showing the minimum wage in various OECD countries reveals (in US dollars) a disparity ranging from $9.54 at the high end, and $1.01 at the low end.

What this shows is that there is no worldwide agreement on the definition of an honest day’s wage. Those numbers do not necessarily make more sense when accounting for cost of living and disposable income comparisons. The US is just above mid-pack in the minimum wage chart. One would expect it to be much higher.
How much to pay your oversees workforce is even more challenging than pricing products internationally. Is every human worth the same amount of money per unit of labor regardless of where they are in the world? If one pays $20 US dollars an hour for a job in the US, should it get $20 US dollars in Mexico? That would be much more money in Mexico than in the US. How do you balance for that? There are no simple answers.

As with minimum wage, benefits requirements in the US vary state by state. It is the same situation when calculating benefits around the world. Some European countries have housing benefits. Where others require healthcare benefits that start immediately.

Benefits factor into the overall pay scheme. Attempting to pay a European worker the same as a US worker may end of costing you more due to the disparity in benefits packages. Part of those benefits may include more leave time and fewer hours on the clock. It is all a matter of regional custom.

There are many challenging issues to deal with when expanding internationally. When those issues involve money, they can get complicated and messy. Your expansion can be successful, but only if you have a plan for payroll issues involving the entire human capital stack, setting a proper wage in the first place, and calculating regionally diverse benefits packages.