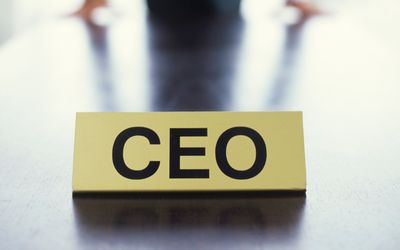 Some of the Most Successful – and Ethical – CEOs

There have been countless stories of CEOs running major companies into the ground. Most of us have heard of Enron’s executives like Jess Skilling and Ken Lay. However, the world isn’t helped by pointing out the failures of others. Rather, it is helped by pointing out success stories that inspire others to do the same. So who are some of the most successful, as well as ethical, CEOs in the world?

Howard Schultz started his claim to fame in August of 2011. That is when he said that CEOs in America should no longer financially support any American politicians until they themselves started to run the country like a business, which meant not living beyond their means. Just a month later, he announced that he had partnered with No Labels, a nonpartisan group, asking members of the community to tell him their ideas for bettering the country. And just a month after that, he launched ‘Americans Helping Americans’, and the Create Jobs for USA program, enabling small businesses and supporting the country.

Charles Phillips is the former President of Oracle and is now the CEO of Infor. He also sits on the White House’s President’s Economic Recovery Advisory Board. Phillips’ wife has no doubt supported him in his role as Infor CEO, as they have, together, started the philanthropic organization Phillips Charity Organizations. Through this organization, they support single mothers, army veterans, and those interested in the STEM fields. Charles Phillips has served as a role model to the African American community not just as his role of CEO, but also through his philanthropic work and presidential work.

Stainhafel became Target’s CEO in 2008. This was the same year that the Great Recession started. Although even Target’s sales figures were sinking, Steinhafel continued to donate 5% of the Tafel’s earnings to charity, something the company had done since its inception. Furthermore, an in-house dispute with one of the company’s major stockholders happened about an anti-gay politician donation. Steinhafel was able to win the dispute, while still being able to shake hands with the stakeholder. In 2011, he increased donations to gay right groups to over $500,000. In May 2014, Steinhafel resigned from his position.

Hsieh was the owner of LinkExchange, which he sold to Microsoft in 2009. He understood that happiness and having money were not two of the same things. He then became Zappos’, an online retailer, chief executive and he made it his mission to ensure both employees and customers would be completely happy. In fact, he wrote an entire book about this. Zappo has inspired the world through his employee culture and excellent customer service. His latest endeavor is Delivering Happiness, based on the title of his book, through which he helps people to identify what their personal passion is, and how they can make a profit out of that without losing sight of their happiness.