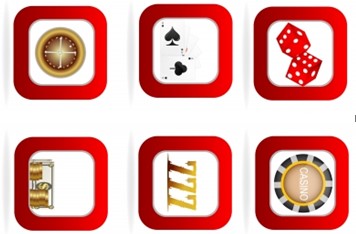 Playing Casino Games on Your Mobile Phone: What You can Expect in the Near Future

Thanks to some key innovators, we can now benefit from state-of-the-art technology on our mobiles (not to mention better Internet connectivity as well, with the coming of 4G). Along with this tremendous growth and impact comes the mobile gaming industry, which is also on the rise. Those who like playing games on their mobile phones, especially when it comes to casino games like slots, will be happy to know that things are changing for the better – and they’ll have a lot more to look forward to in the coming days, months, and years.

More apps on iOS and Android

The mobile casino industry is catching on to the fact that iOS and Android are the operating systems of note, and a lot of the major players in the online casino sector have already developed exclusive slot and poker game apps available on the iOS and Android platforms. Take dragon slots, for instance. These themed slots are popular with many players simply because they’re fun, exciting, and loaded with fantastic mythical creatures as well. Whilst there are still some games which are only available on the website of the casino itself, a lot more games are being offered as applications which can be downloaded on a mobile or smart phone.

Casino slot games are known for their wide range of themes, from popular blockbuster films to classic themes to action and adventure themes, fantasy adventure themes, and so on. For many, that’s precisely the attraction of slots – the games and themes are so varied that you can’t help but be entertained.

Yet one more aspect which avid casino game players can expect to change is the transaction process, particularly when it comes to deposits and withdrawals. Of course, it’s only natural for casino game players to want to win – that’s one of the reasons why they play in the first place. But if you win and can’t withdraw your prizes, then it can lead to some bitter disappointment. But in the future, transactions for withdrawals as well as deposits will be much faster, and players will be able to do it through their mobile phones.

Another change that can be expected – that is already happening today – is the proliferation of games which no longer need to be downloaded. These so-called ‘instant games’ are perfect for people on the go who would like to enjoy a casino game or two. Instant games now include such casino staples as poker, roulette, blackjack, baccarat, and, of course, slots. All players have to do in order to play is to register – and after registration, they can already play to their heart’s content.