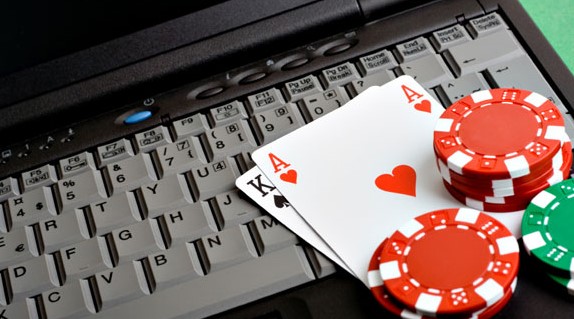 In the past decade online gambling has become a quickly developing activity in Europe, seeing huge development in terms of both supply and demand. Thanks to the majority of Europe’s decision to embrace the market by creating complex licensing and regulation measures, the European gambling market has become by far the largest casino market in the world.

With the advent of high-speed internet services, mobile gaming technology, and countries increasingly warming up to regulating and taxing the industry, online gambling has experienced a constant growth that is now reaching record heights. Estimated to be worth around $87 billion in 2016, out of which $15 billion corresponded to online gambling, all projections show nothing but huge growth in the industry for years to come.

Nevertheless, their market continues to grow as more casino, sportsbetting and poker operators continue to be licensed for the Spanish Market, giving the ever growing pool of consumers a large variety of options and the opportunity to make a competitive online casino comparison to choose the operator that best suits their gaming needs. This recent breadth of diverse gaming operators marketing to consumers and offering them a variety of services has in turn been cited as one of the main reasons for the growth in the area.

Figures released recently by the Dirección General de Ordenación del Juego (DGOJ), the Spanish gaming regulator, show that locally-licensed gambling sites produced  €121.3m in revenue in Q2 this year. While this is 4.5% less than that experienced in Q1 this year, it is a whopping 22.6% higher than it was in the same period last year. Likewise, Q1 2017’s numbers were 20% higher than they were in Q1 2016 and yet 2.4% down from Q4 last year. Meanwhile, the total number of active online gambling players in Q2 2017 was over 646,000- a 7% increase on last year’s figures.

Casino operators experienced an overall revenue of €42.9m in Q2, a 52.5% increase on last year and a 14.5% on the previous quarter. Practically half of the revenue came from online slot machines, which experienced an enormous growth of 84% from last year’s figures.

Sportbetting revenue climbed up 12.3% from last year to €60.1m – an impressive feature considering last year featured the Euro 2016 football tournament during Q2. Live betting accounted for 70% of Q2’s betting stakes and 68.5% of revenue.

French sportsbetting sets new records
The sportsbetting market in France has experienced new heights in Q2 this year, with both turnover and revenue reaching record figures.

According to numbers released by French gambling regulator ARJEL, sports betting turnover hit €636m in the three months ending June 30, constituting not only a 9% surge over the same period last year, but also a quarterly record for the French market. While a 9% year on year growth is the lowest the market has experienced in almost 4 years, last June’s Euro 2016 comes into play here again as evidenced by April and May’s turnover gains growing up 28% from last year’s.

Meanwhile, sports betting revenue also experienced a market high after hitting €111m in Q2 – an 22% improvement on last year. Interestingly enough, French women managed to account for a larger portion of the pie than ever before, rising 5% to 80 thousand active users, while male bettors decreased 4% to 808,000.
Italy becomes the 2nd largest market in Europe

Italy’s online gambling market has now leapfrogged France to become the second largest in Europe after experiencing a massive 25% increase in operator revenue in 2016.

According to the Milan Polytechnic University’s figures, the revenue for Italy’s regulated online gambling market was €1.026b in 2016, a figure that puts Italy second only to the United Kingdom.

The majority of the revenue was produced by the casino vertical, growing over 33% from 2015’s numbers to amass an impressive €439m. Sportsbetting also experienced similar growth, increasing its revenue 31% to reach €350m, while Poker was the only vertical that experienced a decline of 10% from the prior year with a total of €133m.

Quite tellingly mobile gaming accounted for practically 23% of the total from 2016, constituting an increase of 19.2% from that of 2015. Sportsbetting was the vertical that experienced the most mobile adoption, with an impressive 56% of pre-game and live betting taking place on mobile phones and tablets, compared to the 29% for casino gaming.

Meanwhile, the Italian market is adapting to its growth by making a huge amount of new online gaming licenses available. While the Italian market currently has 84 licensed gambling operators, it is expected that the government approve up to 120 new licenses in the upcoming weeks giving consumer a dizzying amount of option to choose from.