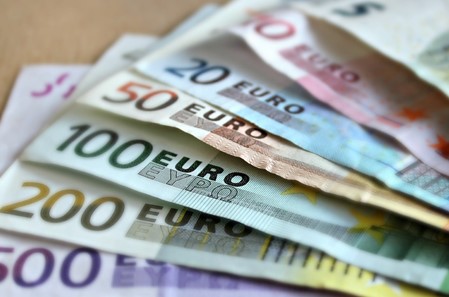 Is It Better to Buy Euros Before or After the French Election?

The presidential elections in France are a hot topic right now, with the decisive second round just a week away. While any general election is a source of interest for those concerned with politics and economics, this election may have huge implications for the EU, and also is an election in a major European power where there is a chance a far-right candidate may achieve power – something that many people both inside France and the rest of the world are finding troubling.

The candidates racing for the presidency are Emmanuel Macron, a centrist candidate, and Marine LePen who has a far-right stance. The LePen family have had a long political presence in France, however this is the closest they have come to presidency.

Why Is the French Election Important to the Future of the EU?

With Britain already moving to leave the EU, there is speculation that other countries may also be at risk of leaving the union. LePen is strongly anti-EU, and support for her indicates that there are a substantial number of French voters who feel similarly. It is questionable whether the EU could actually be viable if it lost another one of its stronger economies, and with anti-EU sentiment also on the rise in other countries like Italy, a victory for LePen could be a nail in the coffin of the EU as we know it. Unlike Britain, France is also in the eurozone, so should it leave the EU it would have to revert to using its own currency again, causing serious complications that even Brexit won't create.

Is It Better to Buy Euros Before or After the Outcome Is Known?

If you are a currency trader using platforms like Forex.com, you will of course be looking for opportunities throughout the election process as the euro is set to be volatile. However, if you are someone who needs to make a currency transaction because they are visiting an EU country or making an expensive purchase (such as property) in euros, then you may wonder if it is better to buy them now, or once the election is decided.
Following the first round of elections, where Macron was successful, the euro saw some relief rallies and began to strengthen. It is likely to remain volatile for the remaining time until the final round. When the outcome is known, what happens next really depends on who wins. A win for Macron who the polls suggest will be the next president, would see stronger relief rallies. A win for LePen is likely to reduce confidence in the euro, and may see serious drops in price, however we can't discount that there may be relief rallies even in this event, as these often occur regardless of an outcome after an election as some of the uncertainty is at least removed.

Most people do expect Macron to win, which would make waiting until the election is over to buy euros the best option. However, even expert analysts are reluctant to write off any election as a foregone conclusion after both the US general election and the Brexit referendum went the opposite way to the polls. Essentially, it is down to whether you want to gamble on Macron winning or relief rallies happening regardless, or buy euros now and accept you may be getting a slightly lower rate, but mitigating risk.

Remember, too, that France is not the only country whose news affects euro prices, so there can be more complexity in the macroeconomics of the euro than there are with the pound or dollar.