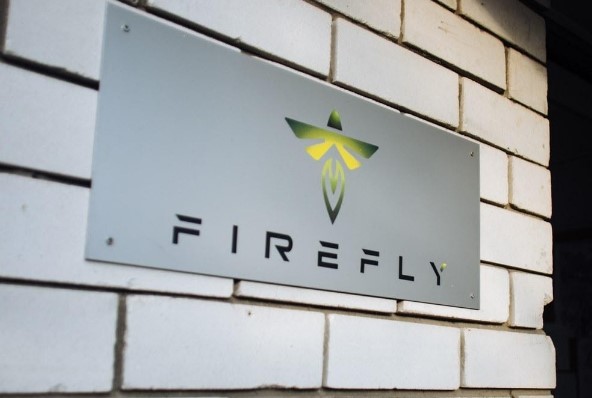 U.S. company Firefly Aerospace develops ultralight launch vehicles. On January 3, it carried out a 165-second trial of 4 Reaver engines, which was the last key test before the launch from Vanderberg Air Force Base in California. According to the company’s director of international business development Aliona Kolesnyk, the places in the shuttle are already sold out for the next several years. The payload is communication and Earth observation satellites.

In 2017, Firefly Aerospace was relaunched by the serial entrepreneur Maks Poliakov. According to various estimates, the company has raised between $75 million and $100 million of investments. The idea of the enterprise is not to send big and expensive rockets into space but to use light and commercially viable launch vehicles to deliver small payloads into orbit.

Firefly Aerospace is headquartered in Austin, Texas, and its R&D center is located in Ukrainian Dnipro. There, the company conducts research and studies experimental products in the field of industrial technology.

According to SpaceWorks, nearly 300 satellites weighing between 1 and 50 kg each, are delivered to space annually. Research, data collection, and certain communication tasks have long been handled even by smaller space vehicles.

However, the advancement of the sector is still hampered by the delivery methods – the light ones have to adjust to the rare launches of heavy-lift Falcon or Airlane class rockets; besides, for many of them, Low Earth Orbit is enough. The Alpha launch vehicle by Firefly Aerospace is intended to address the issue – while the launch of SpaceX’s Falcon 9 costs between $60 million and $100 million, for Firefly Aerospace’s Alpha $15 million is enough.

The Alpha rocket is designed to launch payloads of up to 1 metric ton to a height of 200 km maximum, and those of approximately 600 kg into Sun Synchronous Orbit, which is 500 km. The company is now also developing the Beta launch vehicle consisting of three Alpha cores and a modernized upper-stage engine. It will cost $35 million per launch, delivering payloads of up to 4 metric tons into Low Earth Orbit, those of up to 3 metric tons into Sun Synchronous Orbit, and those of 1 metric ton into Geostationary Orbit.

In Dnipro, Firefly Aerospace occupies 4000 m2 premises that previously belonged to the plant “Sfera”. This is not a plant in the conventional sense. Firefly Aerospace is a product company that makes money off not selling rockets or technologies but delivering cargoes. That is why the facility serves not for manufacturing production samples, but for R&D, searching for new, and optimizing existing, technical methods of producing space rocket components.

Here, researchers develop rocket automation aggregates, parts of combustion chambers and turbo-pumps. For example, the first Alpha rocket has already been provided with electro-pneumatic valves for the engine’s pneumatic unit and air-operated valves for feeding the propellant components. The next steps will be the test firing at a special stand, already under construction, and the complete cycle of rocket propulsion systems in Ukraine.

“With the adoption of the law No.1071 allowing private companies to engage in space activities in Ukraine, it became possible to conduct test firings: that’s a pro. In practice, the bureaucracy in obtaining permission documentation for export hasn’t grow less yet, but I hope for the better.”

As of 2020, the Ukrainian team of Firefly Aerospace consists of 200 people. These are projecting engineers, design engineers, technicians, lathe and milling machine operators, millwrights and test engineers. Notably, 40% are design engineers. 19 of them are Candidates of Sciences, one is Doctor of Sciences. The workers are between 30 and 35 years old, on average. For the most part, they were invited from a related industry (e. g. Yuzhnoye Design Office and PA Yuzhmash). Besides, there are some Physics and Technology graduates from OH DNU, a university in Dnipro, which, historically, has prepared rocket and space equipment specialists.

The facility is divided into four zones: the blank production area, the area for the additional machining of blanks to bring them to the fitting dimensions, the quality control and testing area, and the work management area.


The 3D-printing area. Here, they print with various metal powders, chiefly with Inconel, a nickel-chromium-based superalloy.

In the 3D printer, a laser beam fuses the metal into blanks.

Depowdering unit for 3D-printed parts. Here, the pressure is applied to remove metallic dust from the workpiece.


Traditionally, part blanks were fabricated by casting, pressing, forging, rolling and other methods. But these have a number of restrictions for the manufacturing of complex parts, especially those with complex internal contours, narrow channels or thin walls. Properly harnessed, additive manufacturing allows to circumvent some of the restrictions, simplify the technology, as well as reduce the time and cost of producing parts. What was previously done (and is, in places, still done) for 3 months, is done in 3 days at the Firefly facility. Combined with new technology, top-level equipment for the additional machining of blanks, and supercomputers for modeling, this is of value, and everyone in the world is heading for it, each in his own way.

Four-axis milling of the parts of a turbo-pump assembly (TPA), a pump installed onto every rocket engine, for the simultaneous feeding of the fuel and the oxidizer: kerosene and oxygen, in this case.


Milling of the valve body. Valves serve to control not only the propellant feed but also the feed of the compressed air, nitrogen, and helium carried by a rocket. Helium is usually used instead of air in high-altitude stages – it has higher energy content, better compressibility, more of it can be pumped into a cylinder, and it is also low temperature resistant.

The machine is used to bring down to size the exhaust manifold of a turbo-pump assembly, through which the hot gases, i. e. the combustion products which drive the turbine, are emitted. One shaft holds the turbine to which the gas is fed, next is the oxidizer pump, and next, the fuel pump. And all these are connected with a single shaft and are fully synchronized with each other – the two pumps and one hot chamber driving the two pumps.

Milling of a plate-type workpiece.


Turning and milling operations with welding mountings on a five-axis machining center. In the photo, there is a support element on the machine, made at the same machine.

A five-axis machining center is a machine allowing to handle large parts, with very high speeds of metal cutting and the precision within 5 microns. “One of the best inventions in metal machining,” its operator tells us


Milling of a plate-type workpiece.

Turning of a valve body part. This is where the 3D-printed blank is forced into the “coupling size” – down to the microns, part to part.

The turret of a machining center with CNC – such turret can bear multiple tools at once, which automatically work and switch according to the algorithm.


Inner boring of a hole in the valve part on the machining center with CNC.


Muffle furnace for the heat treatment of metal – tempering, softening and aging of Inconel, titanium and other stainless alloys, at the temperature of about 1,300 ℃.


The process of retrieving the container with parts from the furnace. For example, titanium requires heat treatment.

The process of the heat treatment of metal. It involves the cyclic heating of parts, and then, their deep chilling (the temperature is below −70 ℃). Depending on the type of work stock, there can be between 1 and 4 heating-cooling cycles.

Blank cutting at a band saw.

Measuring arm at the assembly section. The process of measuring the geometry of the TPA parts.

The measuring arm. The process of measuring the geometry of the TPA parts.

The process of controlling the geometrical parameters with a coordinate-measuring machine.

Electrotechnical laboratory. Here is where the electronic stuffing of the rocket engine test control center and the telemetry data analysis system were created.

The process of winding electrical coils for solenoid-operated valves. A coil-winding machine. It allows applying the winding with turns touching, tensely, without damaging the insulation coating of the wire. Coils produced at the facility are resistant to water, cold (−70 ℃), and heat (+120 ℃).

The Dnipro facility is constantly looking for trained personnel. Now, there are eight job openings.