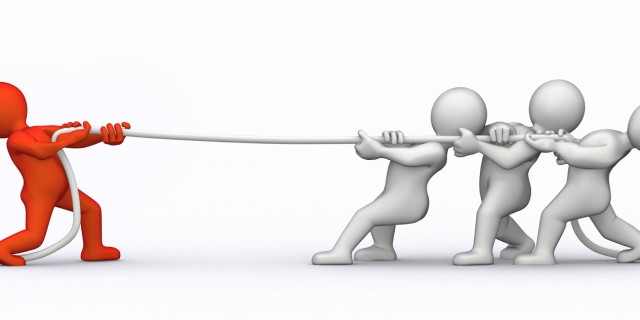 The eagle-eyed amongst you will have spotted that means that around 0.1% of businesses account for more than half of the UK’s total turnover. It should come as no surprise that big business makes the big bucks, but can small businesses compete with their larger rivals on their own terms?

It’s certainly a challenge. When it comes to raising capital or funding for growth, larger businesses generally have more options available to them. This could involve issuing bonds or selling stock as well as securing funds from traditional lenders. According to the British Bankers Association (BBA),applications for loans and business overdrafts were approved for 8 in 10 small businesses and 9 in 10 medium businesses in 2015. The number of applications for finance declined however, and one reason may be previous failures or a perception that they would be turned down.

Even where third party funding can be secured, smaller businesses invariably have to operate with smaller resources than their larger rivals. This generally means making the best of what you have. Managing cash flow can be particularly problematic, and it’s essential that SMEs get a tight grip on their finances. This could involve using contractor accountants or online tools to ensure that things run as smoothly as possible.

Larger businesses often have other advantages as well. One is the concept known as economy of scale. Put simply, if you make 10,000 units of a product, it generally costs less per unit than if you made 1,000. Buying raw materials in bulk is generally cheaper, and the cost of setting up and maintaining the production process also depreciates in per-unit terms the more of the product you make. This is not limited to manufacturing; it can also apply to the cost of providing services.

Larger businesses also tend to have much larger budgets for marketing and their branding is more recognisable. This can sometimes make it difficult for smaller businesses to compete for the same customers with larger competitors. There are some advantages to being one of the smaller fish in the pond however. The Edelman Trust Barometer found that 78% of consumers trusted small and medium sized businesses compared to less than half (45%) who said they trusted big business. Small businesses that concentrate on a particular niche can also often build up a reputation for expertise and a dedicated customer base, whereas big businesses with their fingers in many pies might not be seen as specialists in any one field.

It can be hard to compete financially with much larger rivals, but by playing to their own unique strengths, many small businesses can overcome their disadvantages and create their own successful brands.