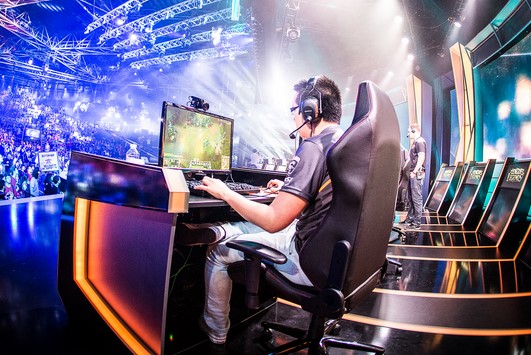 How Investing in Competitive Sports is Changing

Sports investing has always been a lucrative venture for Americans. People have since forever made bets on their favorite teams both formally and informally. Dedicated fans go as far as to own sports teams. Professional investors, who may or may not be the fan of the sport, also buy teams, sport branded stocks, and collectibles to profit from sports fandom. For decades, there has been a certain methodology to how people could invest in sports. That, however, is now changing because of technology.

The Rise of E-Sports

Traditionally, people invested in popular games like football, basketball, and baseball. All these games have one thing in common: these are real games played in the real world by real people. While people still traditionally invest in games like this, there’s a new type of sport that is bringing in big money to investors: e-sports. Unlike your regular game of football, e-sports are played virtually by people who assume online identities and roles. The e-sports business is huge today, says veteran investor John R. Burgess, who estimates that e-sports investing would surpass $1 billion by 2018. Currently, e-sports are a $278 million ecosystem, with profits rising each quarter.

So, what are e-sports exactly? These are video games like Halo, Call of Duty, Hearthstone, and Counter Strike, which have amassed hundreds of thousands of dedicated players. E-sports games have an online component, with all or at least part of the game being played online with other players from around the world. Players love their favorite video games as much as any football or baseball fan. As gaming has moved online away from consoles, the popularity of e-sports has more than doubled.  Unlike in the past— when video games were largely confined to sub-group of male players— these days women are entering the video games too, thus raising the stakes and returns for e-sports investing.

Who Invests in E-Sports?

Like with regular games, there are different ways to invest in e-sports. This diversity is seen in exactly who or what is investing in virtual games. In addition to actual fans, major companies like Microsoft are investing in e-sports too. Companies like Microsoft, Capcom, and Activision, are heavily invested in the industry, mainly because these companies make the gaming consoles and develop the video games themselves. Not only that, e-sports are finding branding sponsors as well. Like Goodyear and Pepsi started to sponsor NASCAR racers decades ago, e-sports teams are finding their own branded sponsors as well.  The first brands to sponsor e-sports are notable, like Coca-Cola, Red Bull, American Express, and Pizza Hut.

While investing in e-sports is a whole new world for some investors, the process is not completely different. Like with non-virtual sports, investors buy e-sports teams online. Team Liquid, for example, is one of the biggest e-sports teams out there that has multiple shareholders just like any major league baseball team. Some investors place bets based on performance like people tend to do with regular sports.

New tech, like live streaming, is presenting newer and more lucrative ways to invest in e-sports that actually push the boundaries of traditional sports investing. One thing is certain: e-sports is the future of sports investing.