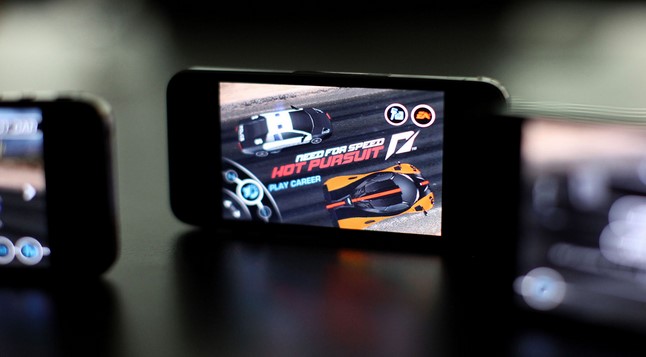 How Gaming Has Moved Towards Mobile

Online gaming as a medium has developed at an incredible rate - it is now one of the most lucrative industries in the world. From a business point of view, it’s established and growing at an exceptional level.

Nimatron, an electrical machine designed and patented in the US in 1940, by Edward Condon, is widely regarded as the very first gaming tool ever invented. Things have moved on significantly since this device enabled users to play the game of Nim – from the Telstar, through to the Atari, followed by the Sega Genesis and SNES, we’re now in the day and age of the Playstation 4 and the Xbox One.

However, gaming in its purest form just isn’t enough to keep players entertained anymore. Avid gamers want the opportunity to be able to play regardless of their whereabouts, and this is why there has been a forced shift towards mobile.

When Nintendo announced that its fan’s favourite game, Super Mario, was coming to smartphones – the stock market gave the greatest indication as to the necessity of such a move. Shares in Nintendo jumped by as much as 18% in Tokyo – a key indicator that online gaming is going through a revolutionary phase.

The only element of surprise, is the amount of time it has taken for such a development to take place with Nintendo. Other industries shifted towards mobile many years ago – for example, mobile sports betting. In an industry such as this, which is fiercely competitive with competing bonus codes such as this promo code for 888, the shift towards mobile was an absolute must. Betfair seized the opportunity in mid-2010, and other sportsbooks followed suit shortly after.

So, why has it taken so long for such a huge video gaming brand to join this club? Nintendo have been remarkably defiant of their investors and players, who have all been urging the Japanese firm to take the plunge. It’s almost certain that the success of Pokemon Go – the first augmented realty game of its type - fast tracked their decision.

Whilst they may have been slow in coming forward, they are undoubtedly the face of the gaming market. Gaming mobile apps are available in abundance in both the App Store, and the Play Store – but they don’t quite carry the same weight as Nintendo’s release. Despite a soaring share price, and significantly favourable reactions worldwide, Nintendo only plan to release four by the middle of next year – Miitomo, Fire Emblem, Animal Crossing, and Super Mario Run.

So, what does this mean for the rest of the gaming world? Given the fact there are 165m mobile gamers in the US, and EA have made over $93m in mobile gaming downloads alone – it’s safe to say that mobile gaming as most certainly a lucrative industry that isn’t going anywhere soon. With games becoming ever more complex and graphic heavy, let’s hope that smartphone manufacturers across the world can develop devices that can support these developments in terms of battery life, and that phone networks can provide perfect coverage for that online experience. We spoke of Nintendo taking its time previously – let’s hope Apple, Samsung et al take note, and don’t make the same mistakes.