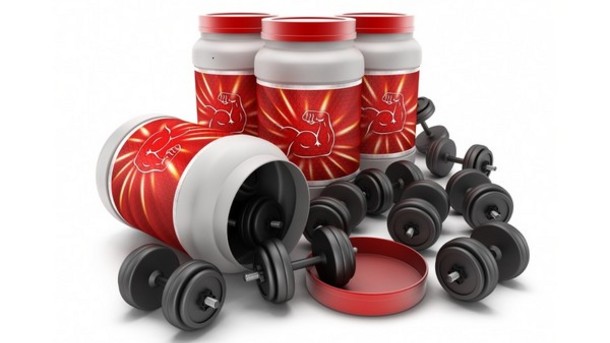 How big is the ‘sports nutrition’ industry?

If you want a fairly good bellwether for the tastes of British shoppers then it’s worth looking at the Office For National Statistics’ ‘basket of goods’.

These are the commonly bought items used to judge how prices are changing and, as a result, calculate consumer price inflation.

Some items – bacon, bread, tea, milk and petrol – have been on the list ever since it was produced in 1947 while others come and go, reflecting the tastes, trends and technology of the time.

When considering how big the sports nutrition industry is, this probably serves as the most symbolic gesture that it is well and truly mainstream. If sports supplements were simply used by a small band of fitness fanatics then such powders clearly wouldn’t make the list. Instead, we can see that the use of such products is commonplace, replacing outgoing items such as yoghurt drinks and sat navs.

The numbers back up this elevation to the mainstream. Euromonitor International has tracked the sale of sports nutrition products – be they drinks, bars, shakes or powders. It is quoted as saying that sales in the industry amounted to £238.1 million in 2014. That was more than double the amount in 2009, which stood at £105.7 million. The body reckons the current level of demand is far from the end of the road either – predicting that sales will have topped £400 million by 2019. At that rate protein powders could well be staying in the ONS basket for a while to come.

The growth of the industry has coincided with a move to market such products to a wider client base. Take Maximuscle, for example. It traded for 20 years with its old name but, in a bid to broaden out, it took the bold step to rebrand as Maxinutrition in 2014, reflecting an industry that caters for those beyond the serious athletes.

This merely reflected a wider mood that the industry was not simply for muscle men any more – but for those who wanted to manage their diet and maintain a balance of nutrients as they searched for the right fuel for an active lifestyle.

The industry also now reaches out to supermarkets. The big chains, who desire to be our one-stop-shop, experienced a big growth in sales of sports nutrition, reportedly rising by about 40% towards the end of 2014. Many of these items now compete with drinks and ‘food to go’ items in the shops – showing that the industry’s reach stretches far beyond the confines of the gym.

This move into the mainstream has not been without its problems. Politicians quickly cottoned on to the fact that nutritional products were becoming a key part of the diet of many people and decided to charge VAT on them. The move, though, has clearly not dampened their popularity.

This is hardly a UK-wide phenomenon either. North America remains the most popular place for the industry, but demand is soaring in the Asian Pacific area too and by 2020 the market worldwide could be worth £13 billion.

The industry is certainly bigger than ever, but it is still growing. As more and more products are launched, increasing numbers of people take their health and fitness seriously and as new and inventive ways of using products – such as baking with protein powders – become commonplace the industry will only grow further still.