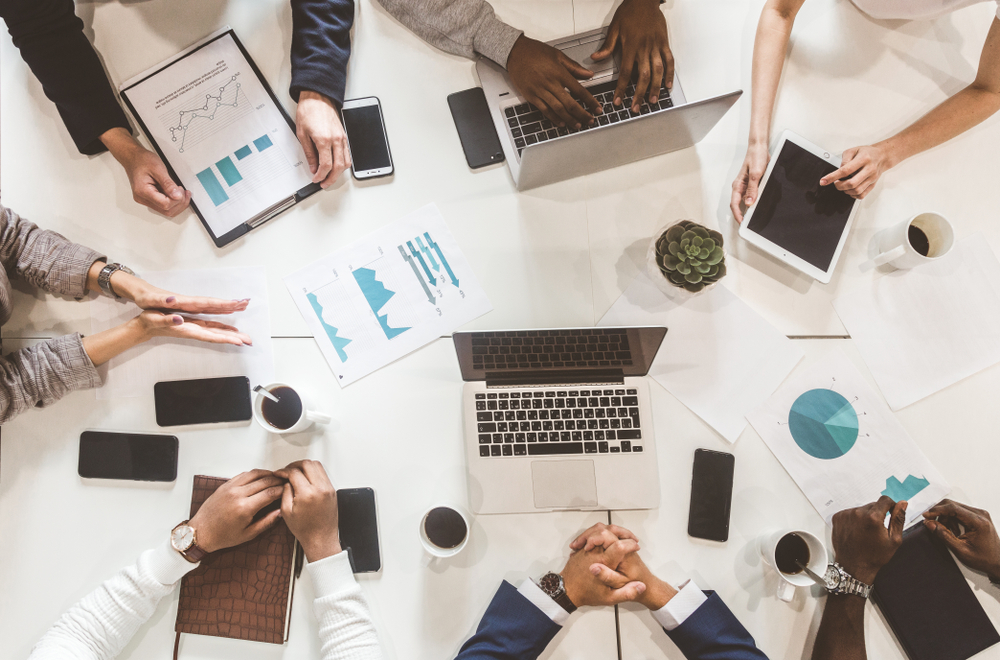 How many times have you sat in a project kick-off meeting or a brainstorming session and truly believed that everything was going to work out perfectly? And out of those times, how often have you been shocked to find that everything collapses within a few days? When this happens, people are often bewildered as to how such a successful meeting could result in, well, failure.

The answer, you’ll frequently find, is that while the meeting was a success in terms of ideas, action plans and goals… nobody was tasked with being responsible for the roll-out of these ideas, the implementation of these action plans or the completion of these goals. And after riding the high of a successful meeting in the client’s boardroom or an upmarket conference room rental in NYC and going for celebratory cocktails in the East Village, nobody thought about it again. A project, venture, pitch or product launch will inevitably sink if each person thinks someone else is accountable for ensuring task completion.

So, how do you avoid the post-meeting let-down and ensure that tasks are completed?

We could all learn a lesson from Apple here. The famous tech giant uses a simple concept to ensure that every meeting results in proper action by deciding during the meeting who is responsible for ensuring task completion. The tech company refers to these people as Directly Responsible Individuals (DRIs). Once the meeting has been wrapped up and everyone goes back to the daily grind (or happy hour down the road), everyone can rest assured that one person will be held accountable for making sure that each task is completed according to an acceptable standard.

DRI may be an acronym and could even be considered a buzzword, but it’s not tied down in technical or business jargon. It is what it is: a Directly Responsible Individual. One person who ensures that what needs to get done gets done. They’re accountable. What they do with that accountability is up to them. Do they delegate tasks to their fellow team members? Do they micromanage the project until it’s done? Do they set deadlines within their own team and follow up regularly? Or do they do it all themselves? It honestly doesn’t matter at the end of the day, as long as the task is completed to an acceptable standard and within the time frame agreed upon.

Anybody who’s been in the working world for more than a few years has attended at least a few meetings where the whole event has devolved into a bunch of people standing on their soapboxes. In a C-suite meeting, this may be people using the time to talk about the mismanagement of the business. In a creative brainstorming session, this may be people taking the time to present their most original and exciting ideas… at great length. And at a non-profit organization, this could be a two-hour discussion on whether or not certain terminology is regressive or progressive.

It happens to the best of us. But the point is that at the end of the meeting, people feel as though they’ve had their say and are therefore satisfied. What they don’t realize is that no plan has been made, no goals were set in place and nothing practical has come out of the session.

By knowing that by the end of each and every meeting someone is going to be held accountable and become directly responsible for taking a certain action, meetings become more pragmatic. Pragmatism is about practicality and in business, being pragmatic means ensuring that by taking all information available (usually the content of the meeting) into consideration, you come up with a practical way forward. Knowing that the meeting will conclude with one person being assigned accountability will stop the meeting from devolving into people going off-topic or discussing ideas without a practical application.

If seven people on a team are expected to come up with a new concept for a website by the end of the week, but no one is put in charge of making sure that happens, you have seven people partially motivated to make something happen. You see it a lot during group work at school or university. Things get left until the last minute, nobody knows quite what they’re meant to be doing or they become distracted by work that they are solely responsible for.

When one person becomes directly responsible for ensuring that those seven people have a concept for a new website to present by the end of the week, it will most likely be done. And if it’s not, that one person is going to face the consequences. The person who has been handed the responsibility will be motivated by their accountability and will, therefore, motivate the rest of the team by holding them accountable.

So, going forward, make sure to end off your meetings by making one person accountable for task completion. You’ll find it makes your meetings more pragmatic and people are more motivated to meet deadlines, standards, and expectations.