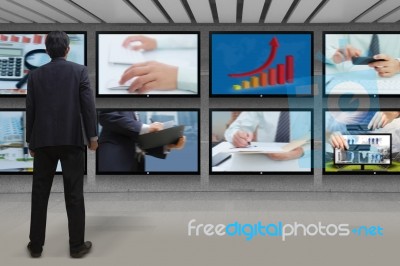 Photo by Naypong at freedigitalphotos.net

Although more and more people are accessing a wider variety of television channels because of satellite and cable connections, it also creates a whole new set of problems when it comes to marketing. Marketing to such a wide and varied audience takes a special focus, even more focused than Internet marketing. Here are the five principles of marketing on Direct TV Channels with this vantage point in mind.

One of the major problems confronting marketers on Direct TV Channels such as the ones you find on the packages on this page, is that the ads go out to a huge network, sometimes global. How many times have you been watching a satellite program only to see a commercial for a restaurant that is thousands of miles away?
Principle Number 1: Be cognisant of where programming is being broadcast to avoid wasting marketing dollars.

Next, think of the times you’ve seen commercials that are simply inappropriate for the programming being shown. Although it may be 9 PM on the East Coast, it is only 6 PM in the Pacific Northwest which means that children, small ones at that, could be viewing commercials meant for adults only. Yes, the FCC did take that into consideration years ago with legislation, but these types of ‘errors’ do slip through the cracks from time to time.

Principle Number 2: Make sure to discuss times when your commercials will be shown if there is any sensitive material which should be reserved for specific audiences.

Many satellite and cable companies offer a wide variety of marketing packages. Some will be shown only on local channels and others can be broadcast to the entire nation. Cost will vary with the amount of exposure a commercial will get, so keep this in mind.

Principle Number 3: Weigh the advantages of advertising to a larger audience before spending money needlessly. If you are targeting a local audience, it can be cheaper to advertise locally.

Time is extremely important when it comes to air time. Those late night commercials cost a fraction of what the same time allotment would be during prime time. That’s why smaller businesses unfortunately only advertise in the wee hours of the night.

Principle Number 4: If you have a limited budget either advertise at off peak hours OR less frequently to a wider audience during prime time hours.

Finally, time is of the essence – literally. A 15 second spot is so much cheaper than a 1 minute or 90 second spot so keep your advertising short and sweet. Also, one thing you need to be aware of is that few commercials are ever viewed in their entirety if they are long and drawn out. You may only want a short and snappy ‘brand’ identification type of ad which will do more than a half hour of programming.

Principle Number 5: Short TV spots are not only cheaper but often more effective. This is where you literally ‘get more for your money.’

Remember, marketing on satellite TV is so much different from what you would do on local channels or even on major networks. Networks build their schedules with time zones in mind but that isn’t always the case with satellite and cable television. These five principles of marketing on Direct TV Channels should help you launch a campaign that is targeted, efficient and cost-effective.