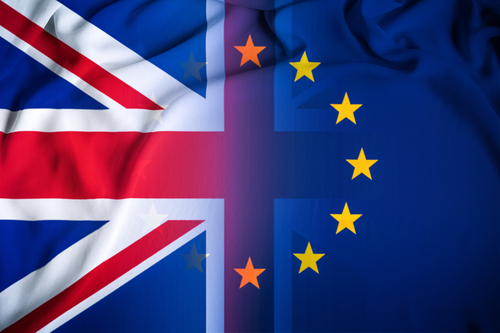 It’s a complicated tax year for multinational companies, which are forced to adjust to new rules both in the United States and abroad. Britain’s Brexit has its side effects, and the introduction of new US based tax changes have further implications for multinational businesses. The IRS has implemented the FACT (Financial Accountability and Corporate Transparency) Coalition. And, although the OECD BEPS (Organization for Economic Cooperation and Development’s Base Erosion and Profit Shifting Plan) isn’t a requirement, the Treasury Department has allowed it to influence recent rulemaking.

Tax compliance is essential to success; yet, recent changes have added complexity to what was already a difficult process. In an effort to streamline corporate tax compliance, you may consider third-party help to simplify the process, such as tax and compliance services that help reduce risk and improve efficiencies all while reducing taxes and other expenses. Risk mitigation is the goal of those services because as the following predicts, the post-Brexit world of multinational taxation plus new provisions set by the government will make this tax year more complicated than others.

The Guardian reports that business leaders are calling for “urgent action” to shore up the post-Brexit UK economy. Because little is known how Brexit will affect multinationals, large companies such as Toyota, Ford, and JP Morgan are reviewing their investments. The cost of importing goods will increase, which will impact the “value of the pound against the dollar.”

It all comes down to restructuring, which if done correctly can help to mitigate losses. It may be necessary for some multinationals to move their businesses entirely, while some industries may not be affected at all. The most important thing is that time is not wasted because restructuring will be difficult and costly.

Unfortunately for US multinationals, the OECD BEPS rules are going to make moving their properties to low-tax countries far more difficult. According to the new guidelines, “The action plan aims to discourage multinational companies from shifting their profits and intellectual property to low-tax countries in order to preserve the corporate tax base.”

Doing business in Europe has always required complying with lots of rules. Regardless how you feel about them, all regulations must be followed in order to avoid disaster in the event of an audit. Unfortunately, Thomson Reuters surveyed 207 corporate tax executives and transfer pricing directors from around the world and only 42 percent responded they were in compliance; the rest reported they feared auditing.

How Brexit is Effects Taxes

One of the best ways to mitigate disaster is to familiarize oneself with the new tax situation. The UK’s withdrawal from the European Union (EU) is most impactful to the free trade agreements that the EU provided to businesses. Because of Brexit, new trade deals will need to be negotiated, but parliament is currently on summer vacation, so there’s no real knowledge of how trade will be affected. It’s more than likely suppliers will face increased customs duty costs, which is an indirect tax of the move.

Value added tax (VAT) is another indirect tax to consider; although, VATs may actually benefit some UK based companies. Basically, if you do low sales volumes of goods to the EU, then you’ll benefit. The UK also doesn’t impose withholding tax on dividends, which can be financially rewarding. The difficulty will be determining if you owe taxes on dividends at home, which the US wants to start accounting for all profits.

And, that’s a FACT, if you consider the coalition wants public disclosure of all your multinational companies and holdings. This disclosure isn’t just public to the people of the United States, but rather is a country-by-country reporting, so multinationals won’t be able to hide their earnings from the US or any country where they may be doing business. In general, this is a good thing to help prevent fraud and abuse, but for those unwilling to comply it may cause huge problems.