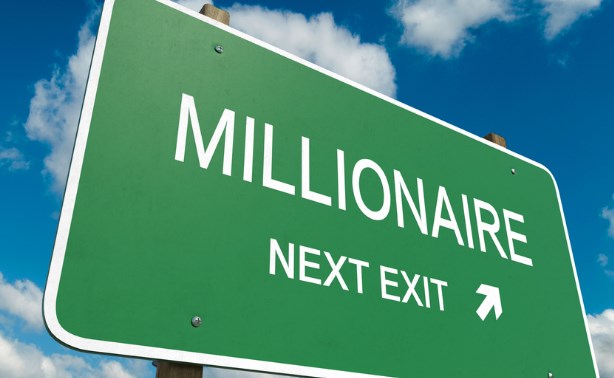 A Look At Self-made Millionaires, Who made Their Money In Unconventional Ways

For some long gone are the days of a 9-5 job working for the man, they have managed to take hobbies or a grand idea and turn it into millions. A large proportion of millions, the kind who are self-made have managed to build their wealth from nothing. Here is a list of a few self-made millionaires who have made their wealth in more unconventional ways than most.

Not just a millionaire but Denise Coates is the only British self-made woman on the billionaire list. She spent her childhood growing up in Stoke where she worked as a cashier in her dad’s betting shops. She studied at the University of Sheffield and then trained as an accountant. After graduating she went back to her father’s shops and sold them off to Coral, she used the sales to then set up her own online gambling site. The online gambling industry is an incredibly successful business whether you are sat at home playing bingo and winning money, or apart of creating the games.

Also known as PewDiePie by his fans which he calls his ‘bros’and the YouTube community.Kjellberg has made his fortunate by becoming the top-viewed creator of YouTube videos. The videos themselves are often of gameplay walk through however as his popularity he has also made vlogs and videos thanking his fans for their support. The Swedish web-based comedian, who began earning his wealth and fame in his early 20s now, has more than 12 billion video views on his channel. This year Time magazine also named him as one of The World’s 100 Most Influential People, as he often raises large sums of money for charity, with his status he raises a million dollars for Save the Children Charity.

Dahl who worked as a freelance copy editor first came up with his millionaire idea after hearing few of his friends in a bar complain about the responsibilities of looking after pets. He then created the idea for the Pet Rock, something that does not need to be looked after and will last forever. With this idea itlead him to earn 1.5 million with Pet Rocks in one year alone, the average price of his rocks were around 4 dollars with next to no overheads. Each pet rock came with an instruction book, which was the real product as it was filled with jokes.

This millionaire definitely earnt her millions as she started working when she was just 14 years old. She began to save a small percentage of that money up to start a candle-making business, which turned in to Alice’s Eastern Candles. To make her candles she even used machines from recycled parts, the company grew and now it produces 3,000 candles on her daily basis. With her fortune she was able to send all of her children to college and helped her family build a three-storey dream home in Rizal.